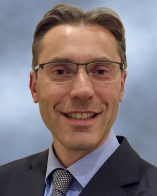 Dr Paolo Baraggia qualified in Medicine from the University of Milan, in 1999.

He later qualified in anaesthesia and intensive care after extensive training, including two years at the Children's Hospital of Milan and also at the prestigious Cardiothoracic Centre of Niguarda Hospital, where he developed an interest in cardiothoracic anaesthesia.

Dr Baraggia worked as a Consultant in Italy and the Netherlands before being appointed as Consultant and Lead Anaesthetist for the newly created regional Head and Neck Centre at St Andrew's, in 2010.

Continuing in the spirit that led him to first leave Italy, he enjoys taking part in international congresses and tries to keep a constantly open mind, in order to offer a practice which is 'nothing less than state of the art'.

Today, he shares his NHS anaesthetic sessions between plastic and vascular surgery at Broomfield Hospital.

Outside of medicine, his loves include music - mostly classical  - and history books.

He is very picky about food and believes it to be another form of art.  He maintains that he has never had a criticism when inviting friends round for dinner!

Sadly, in Chelmsford, he misses the Alps and a proper 10,000 feet peak climb; a family tradition for him.

Dr Baraggia was last revalidated by the GMC in December 2020