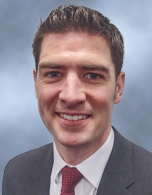 Dr Bruce Rodda qualified in 2003 from Barts and the Royal London School of Medicine.

After House Jobs, Bruce started his anaesthetic training at Broomfield Hospital in 2005.  He then moved to the North Central School of Anaesthesia in 2009 for further, Specialist Registrar training where he completed fellowships in Vascular Surgery, Airway Surgery (ENT plus Head and Neck) and Obstetrics.  Over the next six year­s he worked at many institutions including UCH; The Royal Free; The National Hospital for Neurology and Neurosurgery; The Royal National Throat, Nose and Ear Hospital; Moorfields; St. Bartholomew’s Hospital and the Royal London Hospital.

In 2015, Bruce was awarded his Certificate of Completion of Training and commenced work as a Consultant at Broomfield Hospital.

Bruce’s main area of clinical expertise is regional anaesthesia for Plastic and Orthopaedic surgery.  He also specialises in ENT and Maxillo-facial surgery as well as high risk, Vascular surgery.

Bruce is a keen teacher and is currently undertaking educational training at the Royal College of Anaesthetists and the Resuscitation Council.

Outside of medicine Bruce enjoys spending time with his family, cycling, skiing and playing hockey for Bishop's Stortford Hockey Club.